Not sure where to start? Order a Home Try-On Kit!

When Harry was young, we used to notice he would squint to see things far away. We brought it up at the doctor, but his initial eye exam didn't came back worrisome, so it was deemed a "quirk." We watched him squint while watching a movie, or looking for someone in a crowd, or trying to find the airplane in the sky, and thought he was just making a silly face. 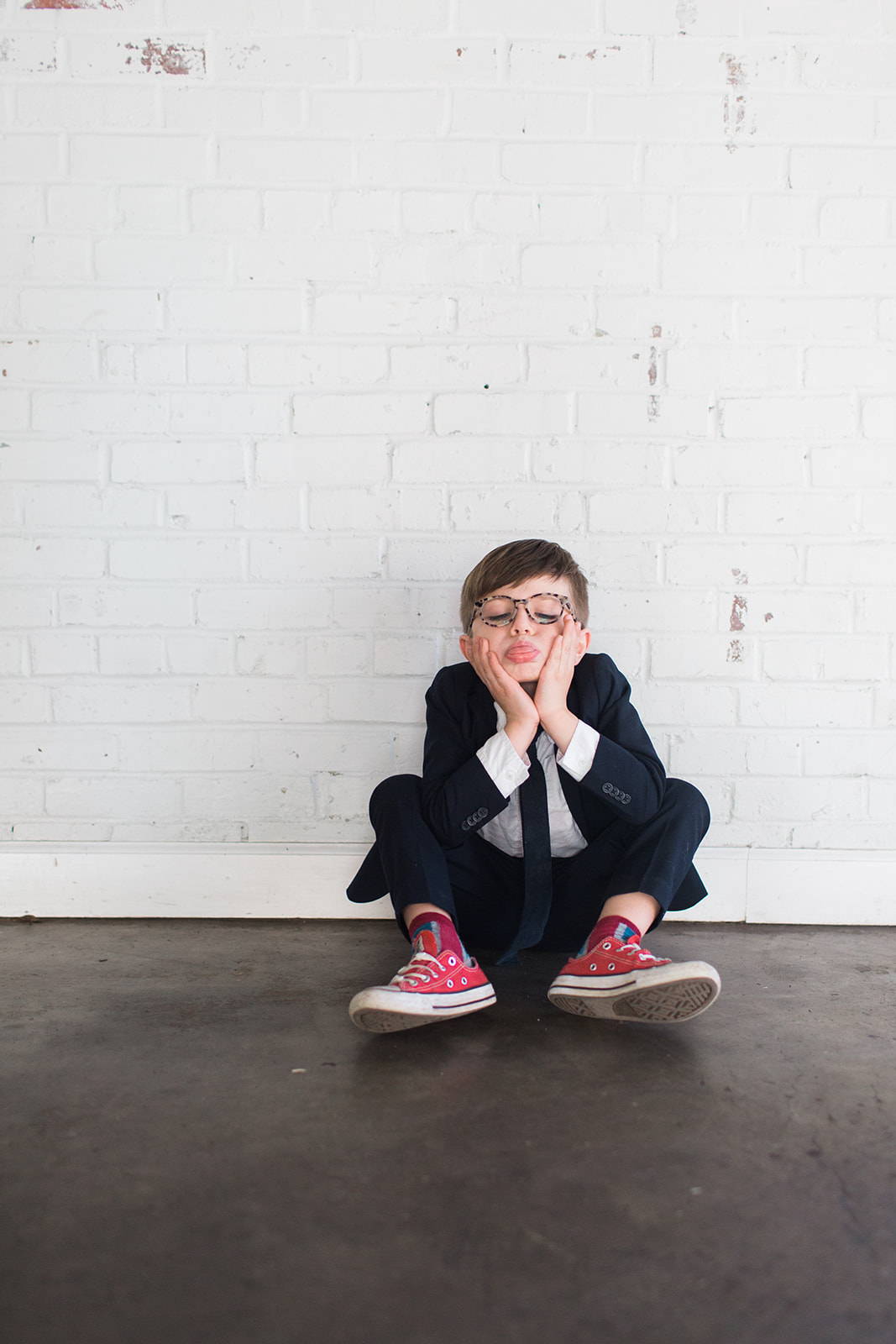 When we took him in for his kindergarten physical, however, I was shocked at how little he could see in the hallway eye test. The nurse pulled me aside and mentioned that he had tested 20/50 and the recommended an eye exam. I was crushed! I had flashbacks of the sweet two year old, sitting on the coffee table and squinting at Inside Out. I called my husband and cried. He let me cry for a minute but the reminded me we did everything we thought was necessary when we noticed his squinting and there was nothing to do now but get him set up with glasses.

At his eye exam, Harry was very frank and matter of fact. When there were lines of letters he couldn't make out, he simply said "Nope, I can't see that." It was eye opening, definitely, and also a little humorous. He was prescribed near sighted and we began the search for a pair of glasses that would fit his little face but look grown up.

Harry is a boy of many bow ties, often changing into a collared shirt before leaving the house so he could wear a bowtie. His favorite sweater was a hand knit, mint green cardigan which was later replaced (only after wearing it far too long) with a hand me down cashmere cardigan in the same color. The boy knows what he likes when it comes to fashion and has always been a bit older than his years.

I was concerned that we wouldn't be able to find eyeglasses to fit his particular style needs.

But then, we found Jonas Paul Eyewear.

Instantly, Harry liked that the glasses looked like my glasses. We ordered the at home try on kit and he loved them. He tried them all on until he got to the Paul pair and then refused to take them off. We had found the perfect pair of glasses for our little fashionista (fashionisto?). He loved them instantly, and I was surprised to find that I did too! I hadn't realized how worried I was about hiding his sweet little face behind glasses until I saw how well they fit his face and his personality. Instantly, they became part of who he is and I love them almost as much as the blue eyes behind them.

We now have two pairs of the Paul glasses, his favorite being the white tortoise shell, though he is very quick to tell everyone no turtles were harmed in the production of the glasses. He especially likes the soft and adjustable ear pieces, as discomfort behind his ears was always a complaint when wearing sunglasses. Watching him run and play with such confidence has been so amazing. We're all so happy with Jonas Paul. They're style is unmatched by anyone and their mission to give back speaks so strongly to my heart.

Harry loves to run and play and laugh. He rides his scooter to and from school every day and has an imagination as big as the sky. He loves cooking with his Papa, reading with his Mom, playing karate / Star Wars / animals with his brother and he is the sweetest brother to his two cats. He's traveled the world, always on the hunt for the very best croissant.

Thanks a bunch to Harry's sweet mama, Mallory, for sharing their story! Head on over to her Instagram page (@malloryrecor) for more cute photos of Harry, his younger brother, and all of their fun adventures! 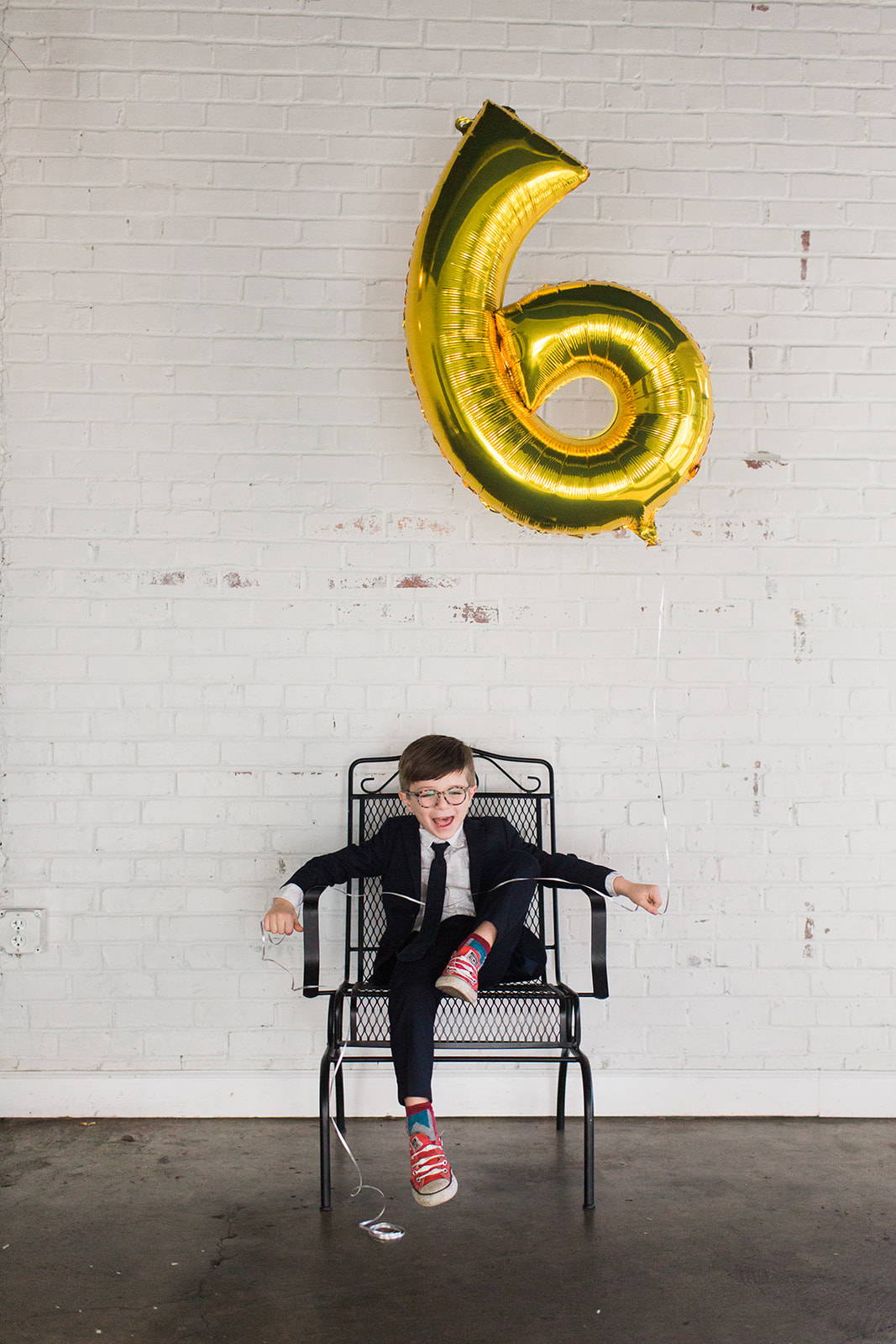 Click below to view our Paul / Paige frames in Cream Tortoise!